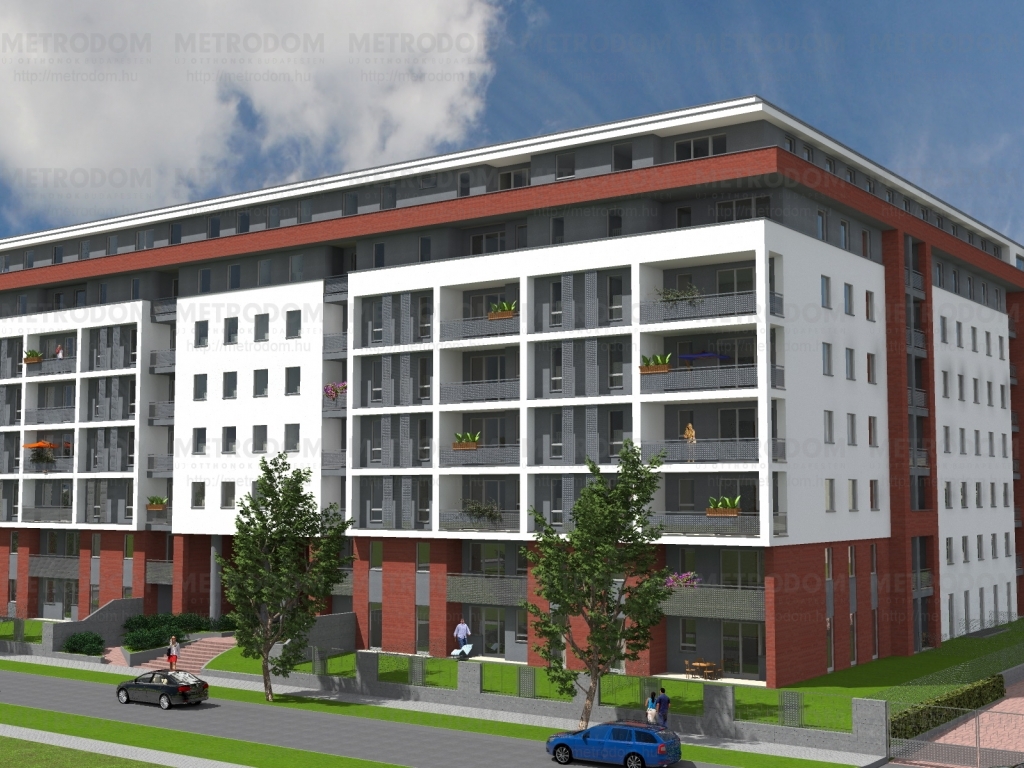 Apartments, layout plans and prices of the last, 'A' phase of the Metrodom Park project will be made avaialble on our website on Thursday, April 5. From then on, information will remain avaialble for browsing for a period of ten days. Sales will begin on Monday, April 16, reservation requests can be made from 10:00 am.

On March 21, 2018 we signed the property sales contract for the 2500th apartment, which, given that Metrodom will turn a mere six years of age in two months, is a significant achievement. Our 2500th clients, (in the middle), who bought an apartment and a parking slot in Building 'K' in the City Home project, were greeted with a complimentary cake and a small price discount handed over during a small ceremony. 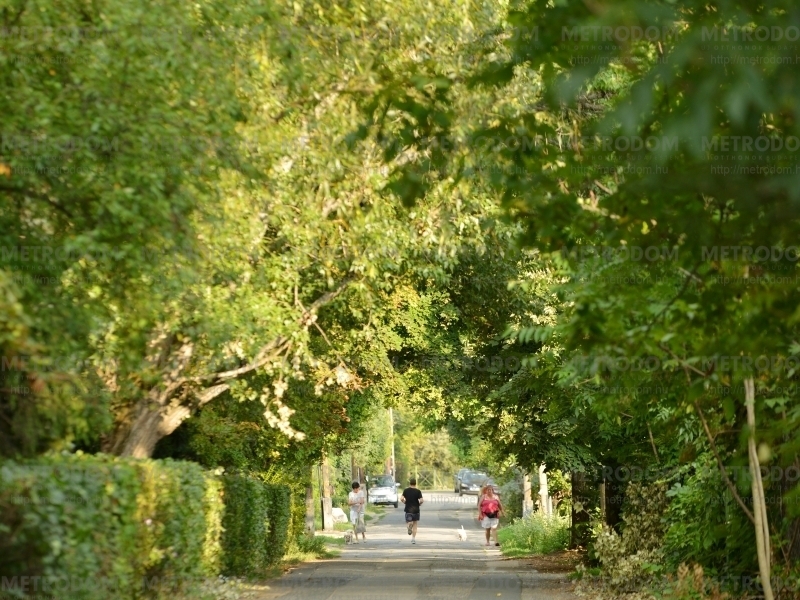 While 13 residential buildings are being constructed simultaneously, we are already preparing new projects set to start in the near future. Our newest residential complex will be built in Mikes Kelemen utca in the Őrmező neighborhood of Budapest. The complex will be located some fifteen-minute walk from Etele tér and the Metro 4 terminus. Building plans are now being devised, construction and sales will begin later this year. 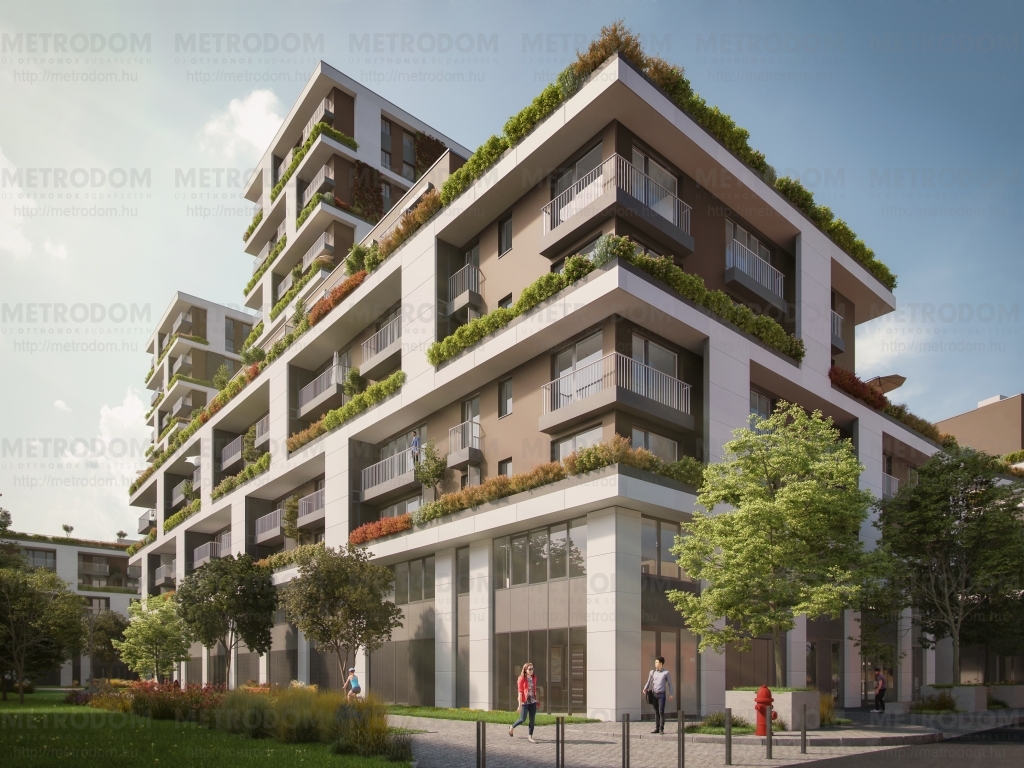 Sales are to begin

We have begun the construction of Phase D of Panoráma in December and the complete list of apartments with prices and layout plans is already available on our website. Apartments can also be searched through the layout plan of each floor. Sales will begin on March 12 at 10:00; we will accept reservation requests from this time on. The steps of the reservation process and its details can be found on this page. 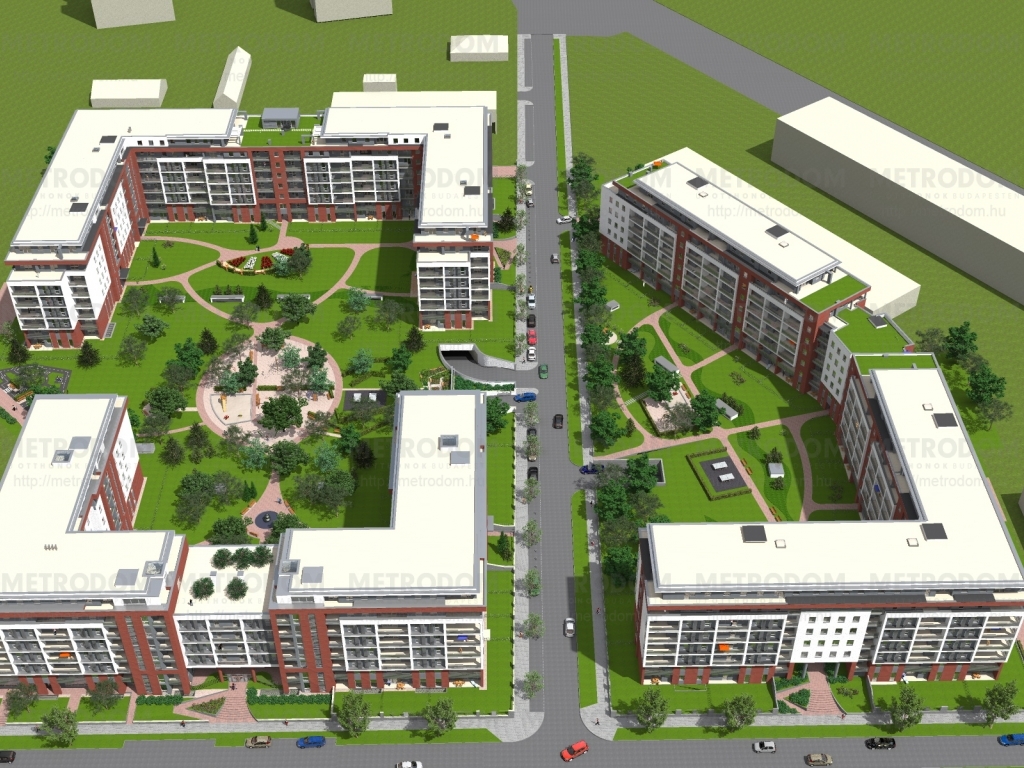 The visualizations of the last, Building 'A' of Metrodom Park have been made available on our website, to see them, please click here. Most of the images show the new building alone, but some depict all three buildings allowing the viewer to imagine what the complete residential complex is going to look like. Constructions of the new phase begin after Easter, we kindly request your patience until then. 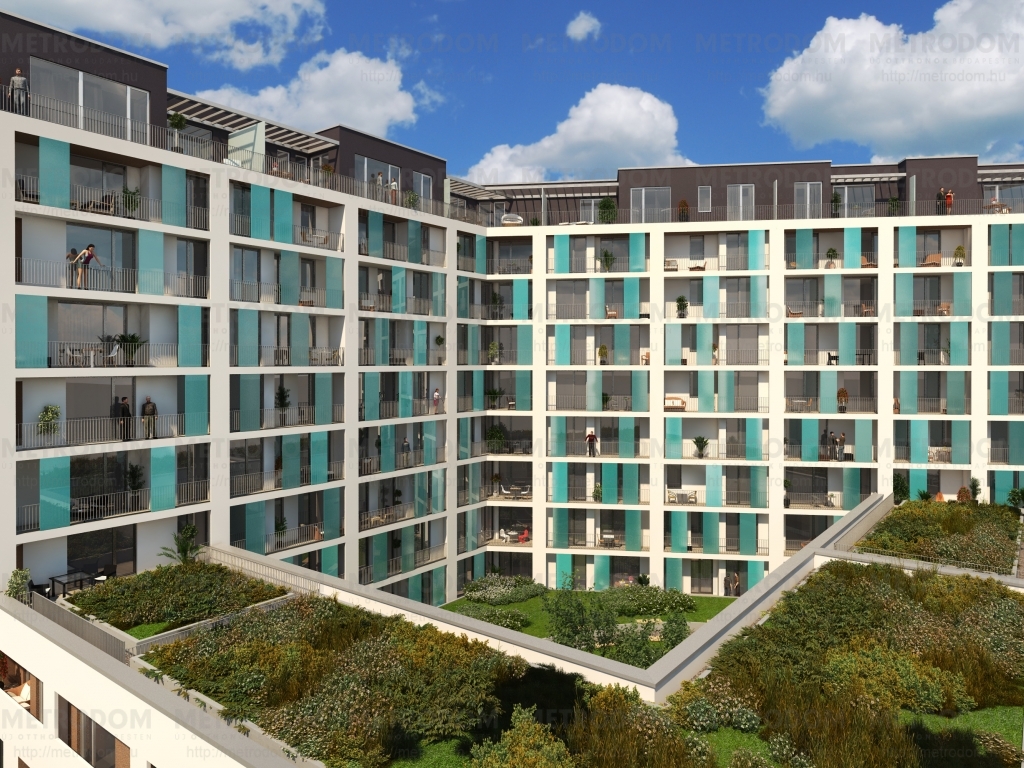 Two-bedroom and bigger apartments in the City Home K project now come with A/C preparation free of charge. If you want to change the layout plan or the position of electricity outlets, we now also provide the relevant consultant's drawings at no expense to you. This special offer is available between February 26 and March 31 for new contracts. 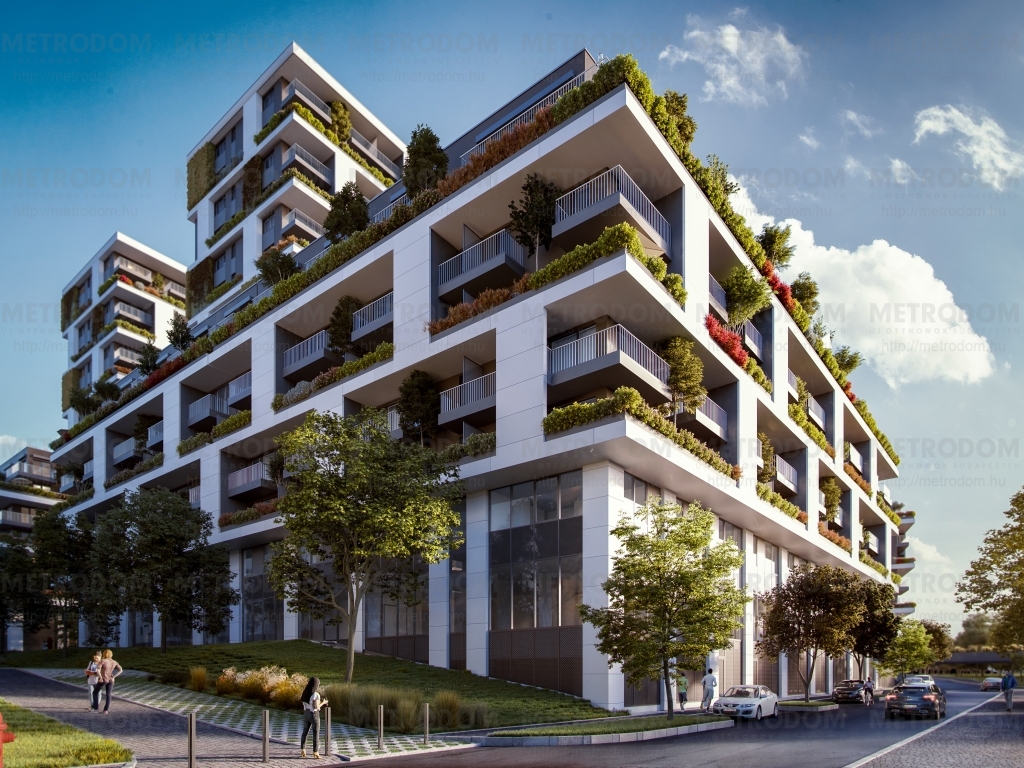 Constructions of the last phase, 'D', of the Panoráma project began back in December, the complete apartment list, with prices and layout plans, will become available on March 2. You only need to wait 10 more days for the commencement of sales, we will receive reservation requests from March 12, 10 am. 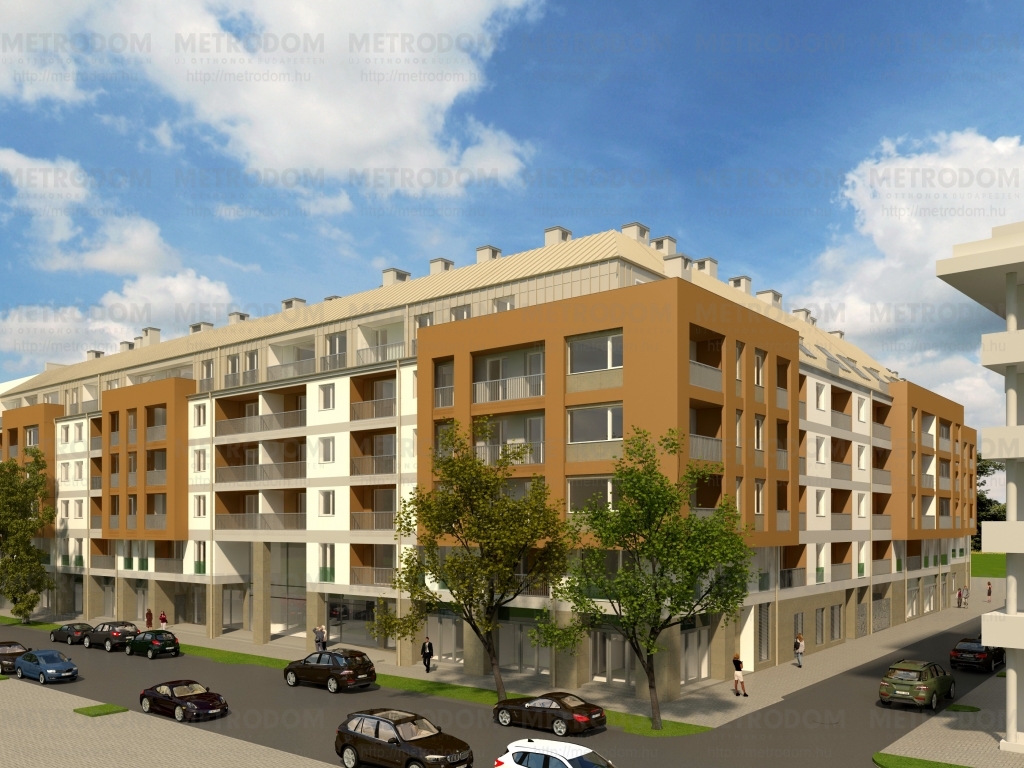 From the 15th of February parking spaces are for sale individually - regardless of whether you are buying an apartment or not - at our Lőportál Street building. If you live in the neighborhood and would like to keep your vehicle safe and well-protected you can have a look at our parking spaces here or please call our real estate consultants.

From the 15th of February parking spaces are for sale individually - regardless of whether you are buying an apartment or not - at our Lőportár Street building. If you live in the neighborhood and would like to keep your vehicle safe and well-protected you can have a look at our parking spaces here or please call our real estate consultants. 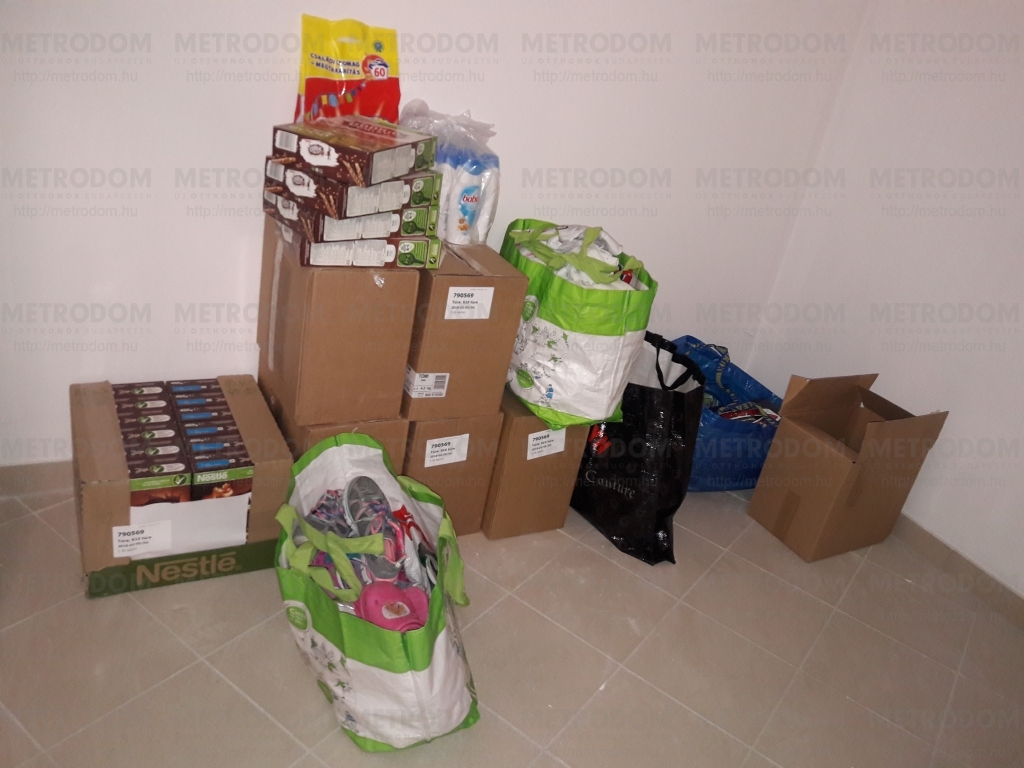 Giving is good. If you want to help, join us and we will join our forces with Igazgyöngy Alapítvány to forwad your donations to needy people. For what and where to bring, please see details on this page.